Tom and Bill met over lunch in the Stone Harbor Inn in Sturgeon Bay. The view out the window was a waterfront blissfully shimmering and very camera-friendly. The boats bobbed in the water and the tiny cars moved across the encompassing iron-clad bridge in the near distance. It seemed vaguely familiar as Tom began to be convinced that his parents had brought him here as a child. His memory was jogged but not enough to know the area. Bill was the knowledgeable one and as he was retired with time on his hands, he enjoyed the opportunity to guide Tom around some family haunts. He promised access to a great historical society within walking distance and a short drive to St. Mary’s Cemetery where Margaret Ellen and her mother Mary Ann were laid to rest. He could also show Tom where the original forty-acre farm was, although now covered in houses. Bill was to prove to be invaluable in more ways than one; he had in his possession a death certificate for Patrick Conry, the common ancestor of his and Tom’s. It recorded his date of death as February 17th 1891 from a cerebral haemorrhage before he passed on. He was born circa 1825 in County Roscommon, Ireland. At the time of his death, he was living with his sister, Celia, at 493 35th Street, Chicago and worked as a conductor. Since 1870 he had lived in Chicago with his widowed sister and her sons, Hubert and Thomas. He was aged forty-three and Celia was forty-six. In the same building was his forty-year old brother, Thomas Conroy, who had a wife, Delea, and two sons. Thomas was a rail road conductor and Patrick was a day labourer when he first arrived after the war. Most of the construction of the railroad took place in the 1870s, and for this project the city of Chicago employed 2,700 workers - nine per cent of Chicago’s labor force. Chicago railroad workers ranged from unskilled freight handlers to locomotive engineers and, while in the early years most engineers were native-born men, over time European immigrants took over, with the Irish predominating. Patrick may have made a change to railroad conductor via an introduction by his brother Thomas but mid-way from his sister’s home to his final resting place he lived a single life as miserable and meagre as could be imagined. Was he the laborer Patrick Conroy, aged fifty and born in Ireland living in a boarding house on South Halsted Street in 1880? His marital status was ‘married’.  Or was he in Norwood Park, a community of Chicago located on the far northwest side of the city? Here there lived a Pat Conroy, aged sixty, at the Cook County Poor House. He was recorded as single, retired labourer, sick from old age and born in Ireland. Either way, his sister found him and gave him a comfortable home in his last days and administered his small estate. The soldier whose memories of a life spent in constant travelling, exciting adventure and gratifying farming, had children with no memory of him. Was the Civil War too much, too soon? A Patrick Conroy in A company, 5th Regiment, US Cavalry served alongside a Thomas Conroy which may suggest he joined his brother. One document found in the military archives referred to a Private Patrick Conroy of A Company, 5th or 6th (indecipherable writing) Regiment, U.S. Infantry. This soldier was listed in papers transmitted to the Office of the Adjutant General during the Civil War. It described Private Patrick Conroy as “an insane soldier”.

Military life was unknown to Tom. Laboring on a railroad was unknown to him. So was farming. He did not enjoy discipline, gardening, or stoic endurance on a personal level. No matter how he tried, he could not connect with Patrick Conry, Why was that? Could his absence from his family have obliterated a route from which later generations gained their inherited make-up? It was Patrick’s children who lost out; he was alive through their adult years yet the opportunity was never afforded them to know the joy that can be got from sitting alongside their father over the years and understanding the story of him growing up and living life. They would never have a sense of cherishing the moment when they would learn of happenings that, prior to that, no one knew.It can be a privilege being the trusted biographer of a parent’s life. Emotional notes on a voice recalling memories are communicated when trust allows the most inner and important aspects of a life to be shared.

Tom picked up the phone and rang Lois. “Let’s have fun, Mom. Tomorrow evening, I will bring over some music and we will write Christmas cards for everyone. All your cousins you have not met for years will get a card this year. We will tell them we cherish their love in our family circle and the memories of happy get-togethers.” 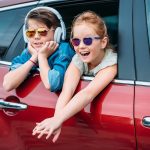 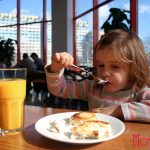 Small Ideas for Children can Blossom into Big Memories. 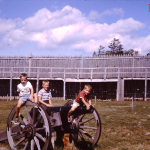